Internet Explorer is not compatible with our website.  Please use a supported browser like Chrome, Edge, or Firefox.

Florida is divided into 20 Judicial Circuits, or areas of jurisdiction. Each Circuit is comprised of Circuit and County courts. Together with the five District Courts of Appeal and the Supreme Court of Florida, the Circuits constitute the Florida State Courts System. The mission of Florida’s judicial branch is to protect rights and liberties, uphold and interpret the law and provide for the peaceful resolution of disputes.

Supreme Court: Located in Tallahassee, the Supreme Court of Florida is the state’s highest court of judicial review. It consists of seven justices who review questions of law from the District Courts of Appeal and capital death penalty cases from the circuit courts. Initially appointed by the governor, the justices of the Supreme Court participate in a statewide merit retention election every six years.

Trial Courts: Florida has a two-tier trial courts system consisting of Circuit and County courts in each of Florida’s 20 judicial circuits. Judges in the Circuit and County courts are elected by popular vote, but may be appointed by the governor when vacancies occur. Circuit and County judges serve six-year terms, at the end of which they may run for re-election. The purpose of Florida’s trial courts is to protect and declare the rights and responsibilities of the people, uphold and interpret the law and provide a forum for the just and peaceful resolution of legal and factual disputes.

Watch this video on the who, what, when, where and how of state courts. 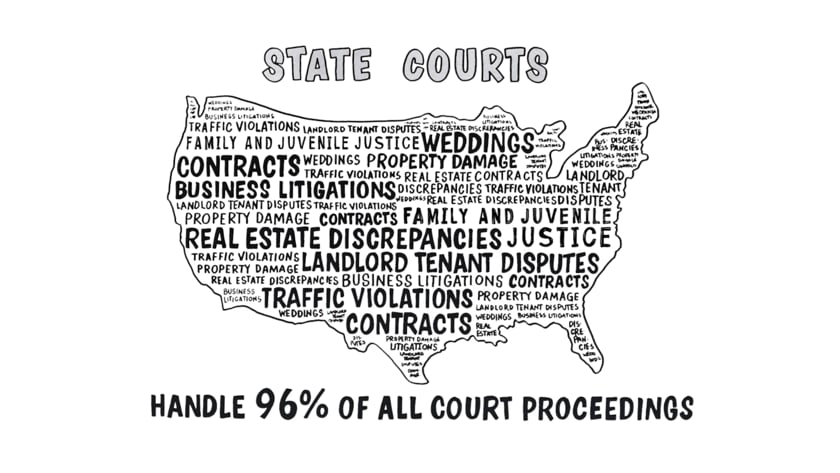 Congrats to Judge Chris Kelly for making the list of finalists to be considered for appointment to 5...

Judge Joe Boatwright has been appointed to the Fifth District Court of Appeal. Congratulations Judge...